Your privacy is important to us. We need your data just for the important process of services. Please allow if you accept the term of privacy comply with PDPA. เว็บไซต์นี้มีการจัดเก็บคุกกี้เพื่อมอบประสบการณ์การใช้งานเว็บไซต์ของคุณให้ดียิ่งขึ้น การใช้งานเว็บไซต์นี้เป็นการยอมรับข้อกำหนดและยินยอมให้เราจัดเก็บคุ้กกี้ตามนโยบายที่แจ้งในเบื้องต้น Read term and privacy policy 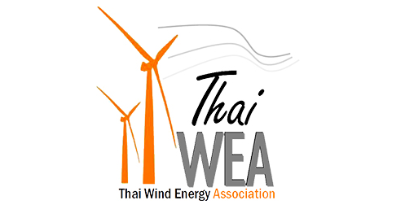 In 2017, the Thai Ministry of Energy introdiced a 20-year power purchase agreement(PPA) for electricity
generated by hybrid renewable energy plants of between 10 to 50 MW output. The PPA requires generators
to deliver 100% of nameplate capacity at peak hours and limits production to 2/3 during non-peak periods.

But what is a hybrid energysystem, amd why is it advantageous?
Or to put it another way, why is it better to incentivize different technologies to share the same area
instead of allowing them to be developed individually in locations where they can create the most value?

WHAT IS HYBRID RENEWABLE ENERGY?

A hybrid energy system comprises types of technology to supply power. In the context of renewable energy, this can include a combination of wind, solar, energy storage and / or thermal generation.

For a hybrid poser station, to be an economically sensible development, the additional cost of the ‘additional’  element must be less than the present value which it will add to the project. For example, it makes no sense to invest in energy storage at a wind farm, unless the additional equipment enhances project lifetime earnings enough to pay for the extra cost. Hybrid systems can enhance value to power projects in ways which can generate value both internally for the project itself, and externally for other stakeholders. A wind and storage hybrid station could theoretically take advantage of better electricity prices at different times of day, or in the Thai context, gain access to preferential PPAs.

At the same time, storage is a flexibility resource which can provide a range of services valuable to network balancing, frequency response, and in constrained areas, allow more efficient operation of the grid. However, what is not necessarily clear is how these external values can be recognised, commoditised and internalised by the project developer.

Adding solar into this mix could potentially bring additional benefits. Combined wind + solar + storage could result in a smoother export profile. Higher afternoon-to-evening wind speeds in some locations can help to offset the mid-day solar peak, with storage helping to smoother overall export. By sharing the same grid connection, this may help to limit overall generation cost in terms of THB per MW.

RESULTS ARE IMPORTANT – TECHNOLOGY IS SECONDARY

In many countries, such as Australia, the Netherlands and the UK, network operators can buy frequency response,
congestion management and other forms of flexibility services from third part suppliers. Such markets do not yet exist in Thailand. Also, these services are often, at least in principle, technology neutral. For example, an auction for frequency control services might specify speed, volume and duration of response. However, in theory, the response can come from any technology capable of meeting those demands. This might be battery energy storage, but could also come from hydro poser, thermal generation or demand response. It’s not clear that energy storage, either stand-alone or collocated with generation, would always be the most cost efficient way to provide such services.

Hybrid systems can com into their own particularly in remote or constrained locations, especially islands. The real cost of supplying reliable electricity in such locations can be very high and often obscured by hidden subsidies. For example, electricity consumers on a remote island may not be exposed to the costs and losses resulting from shipping oil to the location and generating on inefficient reciprocating engines. There are strong arguments for recognising the premium value of hybrid-renewable energy in such places.

In Thailand, as in many other parts of the world, there are strong arguments for understanding and quantifying the needs of the consumer and network operator. Hybrid-renewable systems can be an efficient way of meeting needs, but it is important to consider that other solutions are also available.